Share a memory
Obituary & Services
Tribute Wall
Read more about the life story of Adeline and share your memory.

Adeline Mary Honing was born November 3, 1938 in Cudworth, Saskatchewan. She was the 3rd child of Gerhard and Margaret Lieffers.

Adeline attended school in Cudworth, after graduation she met the love of her life Hank Honing and they were married in July 1959. In June of 1960, their first son Dennis was born and in July, 1962 their second son Dale was born. They moved to Fairview, Alberta in 1963 where they homesteaded. Adeline then got a job working as a Dental Assistant to Dr. Stelmaschuck, and then in 1970 started working for Dr. Prybysh where she worked until she retired in 2006.

Adeline’s hobbies were playing baseball, bowling, and watching her sons and grandchildren play hockey. She also had a great love for dogs and the outdoors, especially gardening. But most of all, it was the time spent with family and friends that meant the most to her.

Hank passed away in 2013 after a long battle with Parkinson’s Disease. Adeline met Peter Heck and they were married in July, 2017. They resided in Manning, Alberta and then eventually moved back to Fairview.

A service will be held Monday, January 9th, 2023 at the St. Thomas More Catholic Church at 1:00 pm. There will be a luncheon to follow at the Dunvegan Motor Inn.

In memory of Adeline, donations can be made to the Pancreatic Cancer Foundation of Canada. 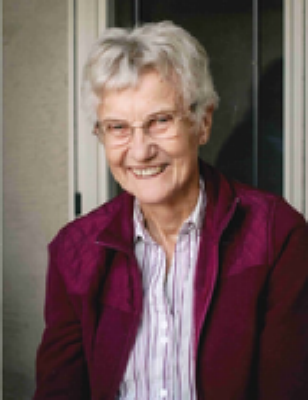