Share a memory
Obituary & Services
Tribute Wall
Read more about the life story of Jack and share your memory.

Jack Raymond Clair passed away peacefully in Fairview, AB, on December 16th, 2022, having fought a courageous battle against cancer.

Jack was born on July 30th, 1937, on the Clair farm in the area of Vanrena, the first son of George and Irene Clair, and he was the oldest of 3 children.

As a young child, Jack showed an early aptitude for mechanics and construction, often crafting his own toys by carving out pieces of wood or assembling parts found around the yard. As a teenager, Jack already started down the road to being a mechanic by purchasing old cars, getting them running and re-selling them. Upon his high school graduation in 1956, Jack worked odd jobs in tire shops, farming, and as a general labourer. At this time, Jack also developed a love for photography and had a natural ability to understand the technical principles of the camera, light and film.

In 1960 Jack moved to Calgary for a year and attended SAIT in the Diesel Service Technology program. Upon graduation, Jack moved back to the Peace Country, and in early 1963 he met Elizabeth (Liz) Pohr and by that fall, they were wed. Family life started for Jack and Liz with the birth of Brent, followed by Tracee and Coralie.

Jack, during the 1960s, honed his craft and acquired Journeyman status in Heavy Duty Mechanics, Automotive Mechanics, Welding and Parts. You read that right; he held four separate Journeyman certificates. During the late 60s, Jack also owned land in the Worsley area where he broke land for farming and helped his Dad, George and his brother Wayne with their lands, all the time holding down various jobs as a mechanic.

In 1972 Jack taught at Fairview College, for the first time, as an automotive instructor. By early 1973 he got what he called a “pretty good break” as a mechanic with Halliburton Services in Fairview. Jack enjoyed this job a great deal and worked his way up to Shop Foreman, overseeing the entire vehicle mechanics for Halliburton in northwest Alberta.

In 1982, Jack had an opportunity to purchase a business from a local owner named Ziggie Soroko. Jack jumped at the chance to buy into his own business, and in the spring of 1982, he left Halliburton and bought Fairview Photo Studio with his wife, Liz. They immediately changed the name to Ziggie Studios. Jack worked the studio, sold photo equipment, custom framed, did darkroom work, and did whatever it took to ensure the survival of “Ziggies” in its early days.

In and around 1988, Jack took on yet another role in his life as a welding instructor at Fairview College (NAIT and GPRC). These were undoubtedly some of the happiest days of his career. He seemed to have had the patience, aptitude and fortitude to help out aspiring welders, and he just loved the atmosphere of the welding lab. Jack continued as an instructor right until he turned age 70 when eyesight issues and what he called ‘shaky hands’ made him decide to hang up the instructor’s badge.

Over the last 15 years, Jack kept busy and enjoyed many things; watching both his grand and great-grandchildren grow up, creating his “junkyard art,” rock polishing, rock hounding, rock jewellery and pretty much anything to do with rocks. He loved his garage, his tools, his stuff and, of course, his dog Katana. Jack always loved, and what he would say was to “BS” people; Jack loved a great conversation.

Jack is survived by his wife, Liz; son Brent Clair and his wife, Karen; daughter Tracee Lamy and her husband, Robert; grandchildren, Carinne and Jean Luc; and great-grandchildren, Lincoln and Charlotte.

The loss of Jack has left a void in our hearts; we will miss him dearly.

A Celebration of Life for Jack will be announced in the spring of 2023.

If desired, donations can be made to Fairview Hospital Palliative Care.

The family would like to thank the Fairview Home Care Staff and Dr. Majaesic for their professional care, guidance and support.

To send flowers to the family or plant a tree in memory of Jack Raymond Clair, please visit our floral store. 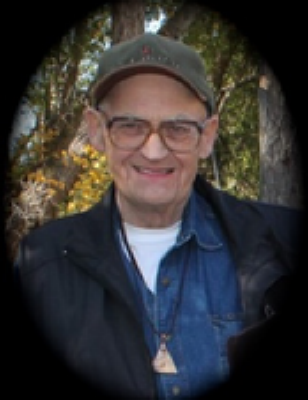 You can still show your support by sending flowers directly to the family, or by planting a memorial tree in the memory of Jack Raymond Clair
SHARE OBITUARY
© 2023 Peace Valley Funeral Home. All Rights Reserved. Funeral Home website by CFS & TA | Terms of Use | Privacy Policy | Accessibility